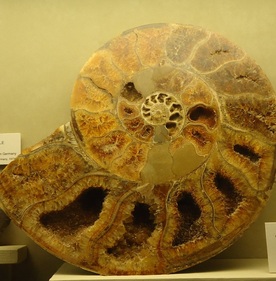 Each extinction varied in intensity and cause but each time life on Earth adapted, evolved and bounced back. A mass extinction event is a time in history where an extraordinary large number of different species die at the same time or within a limited time

The most well known of these events was the Cretaceous-Tertiary extinction which wiped out most of the dinosaurs. Nevertheless, there have been four other mass extinctions, some more devastating than this event, where half or more of all species were estimated to have died.

The most devastating of these events occurred at the end of the Permian period when 96% of species were wiped out.  This event and the Cretaceous-Tertiary extinction event are the two main mass extinctions so far.

There have also been a number of smaller scale mass extinctions.  For example human activity has caused the extinction of many animal and plant species throughout history and in modern times.  In time these will show in the fossil record as a mass extinction. In fact we are going through a sixth mass extinction of plants and animals caused by humans but how devastating that will prove to be only time can tell. 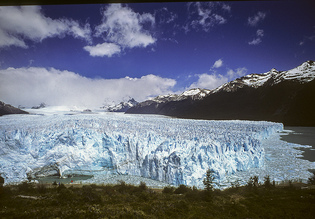 The Ordovician-Silurian mass extinction occurred around 443 million years ago.  This was the third most devastating extinction in the history of the Earth.  A feature of this event was that there were two peaks in the mass deaths that occurred that were separated by hundreds of thousands of centuries.

During the Ordovician period which began about 495 million years ago most life on Earth was found in the sea.  It was these marine creatures such as graptolites, brachiopods, and trilobites whose numbers were severely decimated. It is estimated that 85% of all life in the seas was wiped out.

Through different kinds of studies we know that the climate of the Earth has changed a number of times in the distant past for various reasons. When the climate goes through changes too fast many plants and animals cannot adapt fast enough to survive and mass extinctions occur.   Such changes can result in changes to the atmosphere and the air breathed and changes to the chemicals in the water.

Experts believe the cause of this mass extinction event was an ice age which caused a gigantic sheet of ice to form in the southern oceans of the planet altering the chemical composition of the seawater. 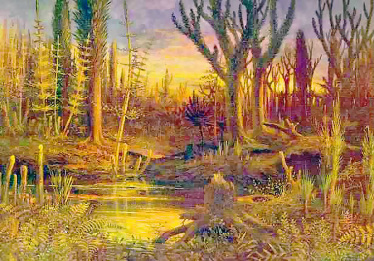 During the Devonian period the land was extensively colonised by plants. As plants continued to evolve extensive forests gradually spread across the land and began affecting the atmosphere and soil.

The worst affected species were those living in the shallow seas with coral reefs dying off and not recovering for over 100 million years when new species of coral had evolved. During this time much of the seabed lost a lot of oxygen making it uninhabitable to most other forms of life except bacteria.

There may not have been a single cause but experts think that the new plants that evolved possibly changed the chemistry in the soil and atmosphere. Possible changes in sea level and impacts from asteroids may also have played a part.

The age of fishes

The Devonian period is also known as the "Age of Fishes" as the lineage of several fish species evolved during this period.  The Earth enjoyed a warm climate with surface temperatures of the tropical regions similar to those today averaging around 30 Celsius.  The sea levels were high and the water warm. 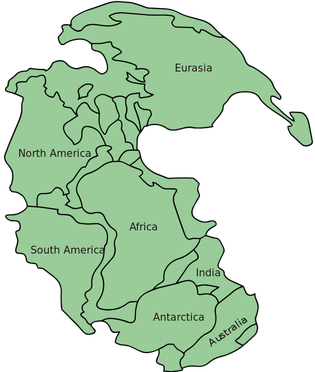 The Permian mass extinction has been called "The Great Dying” because 96% of all species on Earth were wiped out during this event.  Today, all life on Earth evolved from the remaining 4% of species that survived that event.

As with other mass extinctions this was not a single event but seems to have occurred in two separate phases occurring over millions of years. Marine creatures were decimated and insects suffered their only ever mass extinction event.

A number of possible causes have been put forward to explain how this Great Dying came about.    The impact of an asteroid, volcanic eruptions, a fall in oxygen levels in the air, or sea, more methane in the air, the rising or falling of sea levels or maybe any combination or all of these could have been the cause.

This was also the time on Earth when all the continents joined into one huge supercontinent known as Pangaea, which means “the entire Earth” so there was a lot of geological or volcanic activity.   With the warming of the planet causing the ice to melt many parts of this supercontinent became dry and arid.  Oxygen levels also dropped from their highest of 35% to 15% of the total atmosphere. Today, in comparison, oxygen content is 21%.

The great mass extinction of the Permian period heralded the beginning of the Triassic period. 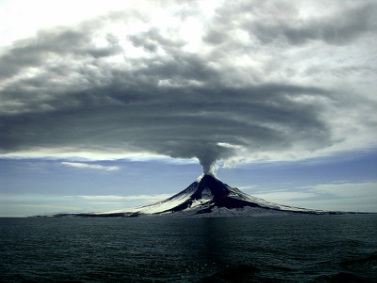 The Triassic-Jurassic mass extinction happened about 200 million years ago in 2 or 3 phases during the final 18 million years of the Triassic period. The Triassic period followed the most devastating mass extinction event ever that happened towards the end of the Permian period.  A number of factors have been blamed for causing this including asteroid strikes, flood basalt eruptions and climate change.  Already severely weakened by the Permian mass extinction, life on Earth struggled to make a comeback, but it did.

The climate during the Triassic Period was generally warm with great deserts stretching across land masse in places and verdant, fertile forests in other places and the seas were warm.   The polar regions were warm with lush forests growing across them.

The previous extinctions had left gaps in life on Earth which gave opportunities for new creatures to evolve and fill them.  This period saw the evolution of the first mammals and dinosaurs.

The supercontinent of Pangaea began to break apart and the pieces move away from each other. The Triassic period ended as it had started with another mass extinction of species about 200 million years ago. 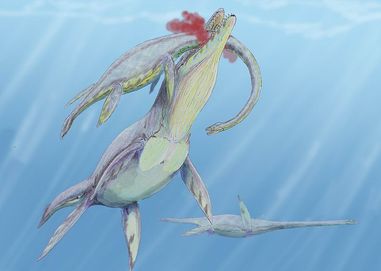 Some of these organisms are believed to have been struggling for survival for several million years because of flood basalt eruptions and severe falls in sea level.  The end came when the Earth was hit by a comet, or large asteroid, that crashed near the Yucatan Peninsula, Mexico.  It was not necessarily the impact that caused the extinction but the dust it threw into the atmosphere which blocked out the sun.

Up until the Cretaceous climate had been warm with no ice in the polar regions.  During this period sea levels were at their highest and vast tracts of land that are above water today such as the Midwest of The United States of America and the south of England were underwater.

As the North and South American continents separated and moved away from Europe and Africa the Atlantic Ocean grew wider.  During this time India was an island and began to move northwards towards Asia. This was also the time when the Indian Ocean was formed.  The mass extinction saw the end of the Cretaceous period and the beginning of the Palaeocene epoch. 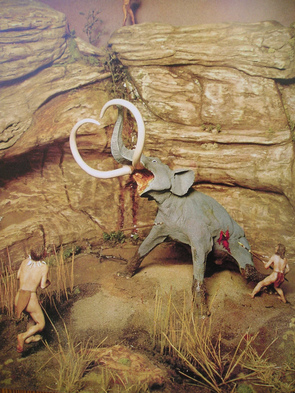 This extinction began when humans began to migrate around the planet around 100,000 years ago.   Over the last 500 years there has been a 25% decline in the populations of all species caused by human activity, though some groups of species have fared worse than others.  Mammals, birds, reptiles, amphibians, fish, birds, insects and many species of flora are under threat and these are just the ones we know about.  There are many other species hidden in the seas, or forests, mountains and remote areas we just do not know about.  There are also fauna and flora we cannot see with the human eye that need a microscope to view, but many species of animals, insects, birds and fish depend on for them their existence.

The causes are many, but killing animals for the resources they supply such as food, clothing, tusks, pelts, body parts, pleasure and much more are taking a huge toll on the fauna of the planet.   This does not just apply to the attractive, charismatic or cuddly and cute animals but also the less human favoured creatures too.

Destruction of the forests and other habitats by logging, farming, road building, house and industrial building, pollution of air, sea and land and much more is beginning to take a toll that can be seen and measured. There is also human induced global warming which is changing the planet and adversely affecting the flora and flora.

Thoughts for the future!

One of the first great rules of Earth biology is that no species lasts forever. All mass extinctions result in great volumes of death which leaves a void. This void, may, over millions of years, be filled by a few survivor species, or new species may evolve to take advantage of the gap.

Humans may well scientifically observe, scientifically document, and write endless scientific papers while witnessing our own extinction as well as that of most other living organisms.  To prevent is probably too late but to lessen, or at least survive, may be the best we can hope for, deserved or not.  Thoughts for the future indeed!
© 07/08/2014 zteve t evans
References and Attributions